Mike’s career with Tele-Plus Corporation began as a teenager as he gained experience with cabling and general telecommunications. Upon graduation of high school, Mike volunteered and serviced in the United States Army for 6 years. During this time, he gained valuable electronics experience through his work with both the Hawk missile launcher systems and the A1 Abrams tank turret systems.

After completion of his tour with the US military in October 1990, Mike returned and was employed by Tele-Plus Corporation as an alarm technician. In 2006, Mike was promoted to a regional sales manager for the Pensylvania area. His technical background enables him to design and tailor solutions for both the telecommunication and alarm divisions.

Mike currently resides in McConnellsburg, Pennsylvania with his wife Susan. He is a council member for the McConnellsburg United Methodist Church. He is also a member of the Mount Zion Lodge No. 774 Free and Accepted masons and the Chambersburg Rotary Club. He also serves in both the Greater Chambersburg and Greater Carlisle Chamber of Commerce.

Mike’s hobbies include supporting his favorite sports teams which include the Pittsburgh Pirates, Penguins and Steelers and outdoor sports including hunting and fishing. 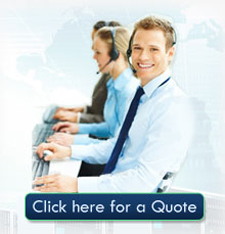 “I’m very appreciative of the response and treatment I have received over the years from your employees…when I call I always receive a nice voice on the other end. I know I have been heard and my issue is understood…and steps are taken to resolve the issue.”
Barbara Miles-Ceresville Mansion, Frederick, MD